R&R BBQ is out to smoke the competition. Four years ago, brothers & co-owners Rod and Roger Livingston traded in careers in the mortgage industry for a business in the intense world of competition-level barbecue.

With their family’s roots in the South, the Livingstons grew up with barbecue. Rod’s mother-in-law bought him his first smoker several years ago, and from there it wasn’t long before the brothers started entering— and winning—regional & national barbecue competitions. And even though barbecue was still just a hobby, their standing as Utah’s top competition barbecue team helped them realize that their passion project might actually be a new way to put meat on the table.

“A few years ago, after the housing market dropped, we realized it was time for a change,” Rod says. “People had already been telling us they couldn’t really get competition-quality barbecue in the Salt Lake area, and that we should share what we were making with the public.” Not needing much more convincing than that, the brothers started a catering business out of a commercial kitchen. However, they quickly outgrew that space and decided to lease their first restaurant location at 307 West 600 South in Salt Lake City. Yet with their fast success came new challenges.

“When we were just getting our business going, we bought a top-of-the-line smoker from Texas,” Roger says, “but we quickly realized we needed a bigger truck to pull it because it weighed 9,000 pounds. That wasn’t going to be cheap, so we started looking for the best place to help us finance it. Luckily our business partner was already a member of America First, and he recommended that we talk to them about a loan.”

“We were a new company,” Rod adds, “and there’s always risk in loaning money. But America First saw the growth we’d already experienced, and that we were maintaining a good cash position, and within just a few days they gave us the loan to buy our truck."

“We also opened checking, savings, and money market accounts, and right away we just felt like America First had become our partner,” Roger says. “We’re a small business, and we like dealing with local people who understand our needs and the challenges of growing a business in our area. And we got that from America First’s Business Services team. They’re a great team, but they’re also individual people who understand our individual needs. Right from the beginning they’ve made us feel like we were more than just members, like we were their partners and they want us to succeed as much as we do. And that’s how we’ve thought of them ever since. They’ve introduced us to other businesses in their network, and some of those businesses have become our vendors. And we’ve been able to recommend America First to many of our  other vendors and some of them are now business members of America First, too. So really we’ve just had a great relationship with their Business Services team.”

“And that partnership keeps paying off,” Roger says. “At one point we were growing so fast, our parking lot was maxed out and our lines were out the door, and we realized our one restaurant just wasn’t cutting it. We knew we needed to expand, but weren’t sure if we should lease or buy. So we worked with the Business Services team to analyze the best course for us, and they helped us determine that it was a better investment for us to purchase our property outright instead of leasing it. Then we were able to quickly get our SBA loan from America First, and we purchased and started making improvements at our new property at 10646 South 300 West in South Jordan.”

R&R BBQ’s growth has been rapid, which is ironic for a company that prides itself on taking the time to do barbecue the right way—that is, slowly. “Our hope is to keep expanding and growing,” Rod says. “We’ve had tremendous success at our new location in South Jordan. Within four or five months, we’ve more than doubled our business, so we’re looking to keep that momentum going and to find new opportunities to grow in the Salt Lake area.” Rod and Roger may be dedicated to slow cooking, but they definitely don’t show any signs of stopping. 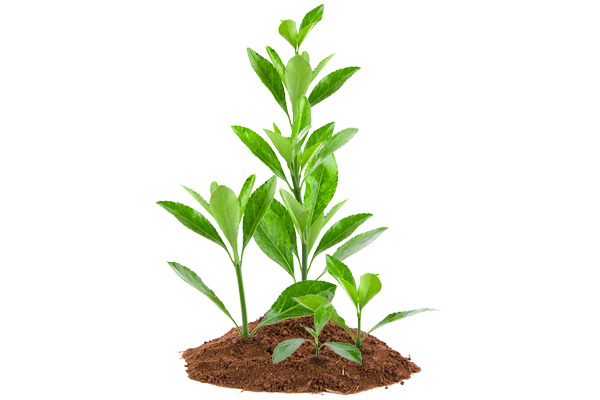 At America First, we understand your need for a trusted financial partner to achieve the level of success you deserve. That's why we offer a variety of low-rate and flexible Business Loans to keep you going or begin your new venture.

You are about to visit a site not owned by America First Credit Union. Please note that America First is not responsible for any information, content, or products on third-party sites. This linked site is not bound by the America First Privacy Policy found by clicking here.